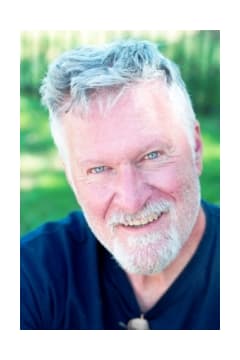 HERBERT ALFRED STEIN II, of Berea, Ohio, age 57, passed away on February 4, 2016 after a brief and courageous battle with pancreatic and liver cancer.

He helped plan and attended a Celebration of Life party on January 30, 2016 that was attended by over 125 people from all over the country - storm chasing colleagues, family, and friends.

Herb was a highly regarded expert in the field of extreme weather, particularly tornadoes. He was part of the Storm Chasers television series sponsored by The Discovery Channel. He also appeared on many other shows produced by The Weather Channel and National Geographic.

Herb was always interested in weather as he grew up and began his storm chasing career in 1984 when he lived in Norman, OK while studying at the University of Oklahoma. He worked with many of the top experts in the field of extreme weather, including Dr. Josh Wurman and Dr. Howard Bluestein. He also worked with Sean Casey and his Tornado Intercept Vehicle (TIV) and was featured in the IMAX movie Tornado Alley, released in 2011.

Herb participated in many of the major tornado studies that have helped improve our knowledge of the storms and improved our ability to predict upcoming storms and warn people. He built and maintained the Doppler On Wheels (DOW) radar systems for the chase teams. He was also the lead driver as the teams crisscrossed the country trying to gather data.

In 1999 and again in 2012, he was the featured speaker on tornadoes and severe weather as part of the Cleveland Museum of Natural History Explorer Series Lectures.

Herb was a "Renaissance man," filled with a wealth of knowledge about many subjects. He loved history (particularly Native American history), astronomy, fossils, and medicine. As the weather teams traveled, they would often ask Herb for "a history lesson" about the areas they were going through and more often than not Herb came through, sharing his knowledge over the DOW intercom system with his team members.

Herb worked as an ER nurse, an Emergency Medical Technician, and was a volunteer fireman for the cities of Garrettsville, OH and the Egypt Fire Department in Fairport, NY. He was also a long-time adult leader for Boy Scout Troop 129 in Pittsford, NY. Herb also worked in demolition and collected fossils for historical groups.

Herb is survived by his children, Frederick, age 20 and Katherine, age 15 and Ramona Stein (former spouse), all of Pittsford, NY; mother Joy; siblings Rick (Mary), Sara Lee Stein White and Robert Kent (Kim); many nieces and nephews. He was preceded in death by his father, Russell and nephew, Kenny.

Arrangements were entrusted to the Laubenthal Mercado Funeral Home and Lorain County Cremation Service of Elyria.

Honor the life of Herb Stein

Please share a condolence, photo or memory of Herb. We welcome all condolences that are positive and uplifting that will help family and friends heal.