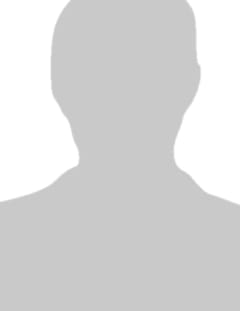 She was truly a devoted daughter of Geza and Aurelia Rudmann of Middleburg Heights and Allie "Jack" and Patsy J. Haley of Brookpark. All are gone now but never forgotten.

Christa was a graduate of Berea High School, Class of '77. Following her parents' footsteps, she earned a Drivers Education Degree from Kent State University (as did her father) and an Accounting Degree from Cuyahoga County Community College (like her mother).

Christa owned and operated Metro Driving School from 1986 to 2017 and educated over 17,000 teens and numerous adult students. She received many letters of gratitude from students and their parents over the years. One such letter from a father (a former student of Geza), upon completion of his son's teen driving course said, "Geza would be proud of his daughter's Professional Business Success."

Always caring about others' well being first, Christa was trained for CPR by the Red Cross and had attended nursing classes. She always helped family and friends to research medical problems and was a caregiver to her mother, father, mother-in-law, aunt, sister-in-law, cousin and friends. Over the years, she was also a birth coach to her nieces and saved the lives of several neighbors and a family member.

Christa proudly boasted of being a first generation American of Austrian descent. She was a consummate cook/baker using her great-grandmother's, mother's and uncle's Old-world recipes, transcribed by her from German. Christa also spoke fluent German and could recognize eastern European languages.

Christa loved to travel and desired to see the world. She frequently reminisced about Scott and Christa's first trip together in 1979 to the icy cold mountain whitewater of the Hiwassee River with cousins Steve and Ruth near Gatlinburg, Tenn. To her, it marked the beginning of a lifetime of adventures together and with the family. Over the years, she travelled extensively through the U.S., Canada, Europe, Central and South America. She especially enjoyed Cruising (18), and had cruised the Caribbean (all points), the Hawaiian Islands, Alaska/Pacific North West, and the Mediterranean. Some of her favorite memories were: hiking the Austrian Alps listening to cowbells orchestrate the Sound of Music; visiting and brunching at the Swarovski World Headquarters, an invited guest and member of the Swarovski Crystal Society; Zip lining at Icy Straight Point, Alaska; taking helicopter tours whenever she could.

Christa was a passionate animal lover and had many pets: Fifi, Buffy, Spunky, Kaos, Lucky, Snowball, Cody and Cookie. She was also fond of the wild animals that frequently visited her in the backyard. When she talked to them, they always barked, meowed, and chirped back. Her baby Raccoons (Frick and Frack), an Owl, a Hawk, Squirrely the Squirrel, and Chippie the chip monk, are already free.

While Christa lost a hard-fought battle against SCLC, she no longer has to endure the pains of an earthly body; she will experience the freedom of life ever after with God and her loved ones gone before. In time, Christa will be interred next to her mother and father.

Please share a condolence, photo or memory of Christa. We welcome all condolences that are positive and uplifting that will help family and friends heal.